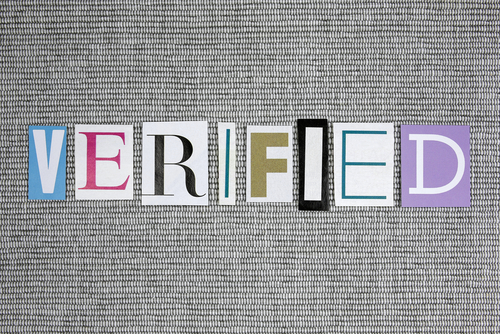 With so much focus in Washington on stemming illegal immigration and the erosion of job opportunities for U.S. citizens, chances appear better than ever that the E-Verify system will become mandatory. President Trump’s 2018 budget proposal includes funds to upgrade the system so that it can handle greater capacity, that is, if Congress authorizes requiring businesses to use it.

Background: E-Verify is currently a voluntary federally administered electronic system designed to help employers verify the work eligibility and citizenship status of job applicants and employees. Its purpose is to alert users when the Social Security number supplied by an individual is already in use by someone else. After an initial pilot phase that began in 1996, it became available to employers in all states in 2001.

Where Verification is Mandatory

Even so, only about 10% of employers use the system. Of those, 60% do so because they are required to by law. Yet about 90% of employers recently polled by the Society for Human Resource Management (SHRM) said they would support a mandate to use E-Verify or a similar system, subject to certain changes in the existing program.

High on employers’ wish list of possible changes to the E-Verify system is that using it would take the place of the Form I-9, “Employment Eligibility Verification,” the paper-based system created for the same purpose. Current users of E-Verify are still required to collect I-9s from employees, just like everyone else.

Additional changes sought by employers point to issues they would face now if E-Verify were made mandatory in its current form, including:

Another concern with E-Verify in its present form is that its usefulness is limited. That is, it determines whether information entered into the system — such as name, date of birth and Social Security number — already exists in the government’s database and corresponds to someone who is eligible to work. “What it can’t do is give employers certainty that the people standing before HR are who they say they are,” according to SHRM.

Instead, SHRM proposes the use of a network of “identity verification centers.” These centers are similar to the ones companies use when individuals need to request a new password to gain access to their online accounts. The requester must provide personally identifiable information to prove who they are (such as answers to preset security questions). In an employment setting, employers would be told whether an employee or job applicant has cleared that hurdle.

Also, currently employers that use E-Verify must later verify that the person they just checked out is indeed employed by the company. One reform being proposed is that the system be streamlined by dropping this requirement.

The latest version of the “Accountability Through Electronic Verification Act,” was proposed by Senator Charles Grassley (R-Iowa and chairman of the Senate Judiciary Committee) and co-sponsored by nine other senators in January. If passed, it would make E-Verify permanent (though under current law, it must be reauthorized by Congress every two years). It would also address several of the concerns of groups like SHRM.

Here are several of the key provisions of the proposed measure, as described on Congress’ website.

There’s no guarantee that E-Verify will become the law of the land, and if it does, chances are there will be a lag time before it takes effect. Still, it’s a good idea for companies to review their work-status vetting procedures, as well as the possible implications of what a more foolproof E-Verify system might have for your workforce.

Often following the beat of a different drummer, the state of California has passed its own laws limiting the use of the federal immigration status verification system known as E-Verify.

In 2011, California passed the Employment Acceleration Act, which prohibits state agencies, cities, and counties from requiring private employers to use the federal system in most cases. Exceptions include where the use of E-Verify is mandatory by federal law, or when using the system is a condition necessary to receive federal funds. Previously, in some areas of California, city contractors and businesses within city limits were also required to use E-Verify. Voluntary use for private employers is permitted.

Effective January 1, 2016, Assembly Bill 622 set forth stiff civil penalties of up to $10,000 for each separate occurrence of misuse of the E-Verify system. Violations include actions such as:

Given the fact that violations can quickly result in significant penalties, California employers using the E-Verify system should review their practices to ensure compliance.